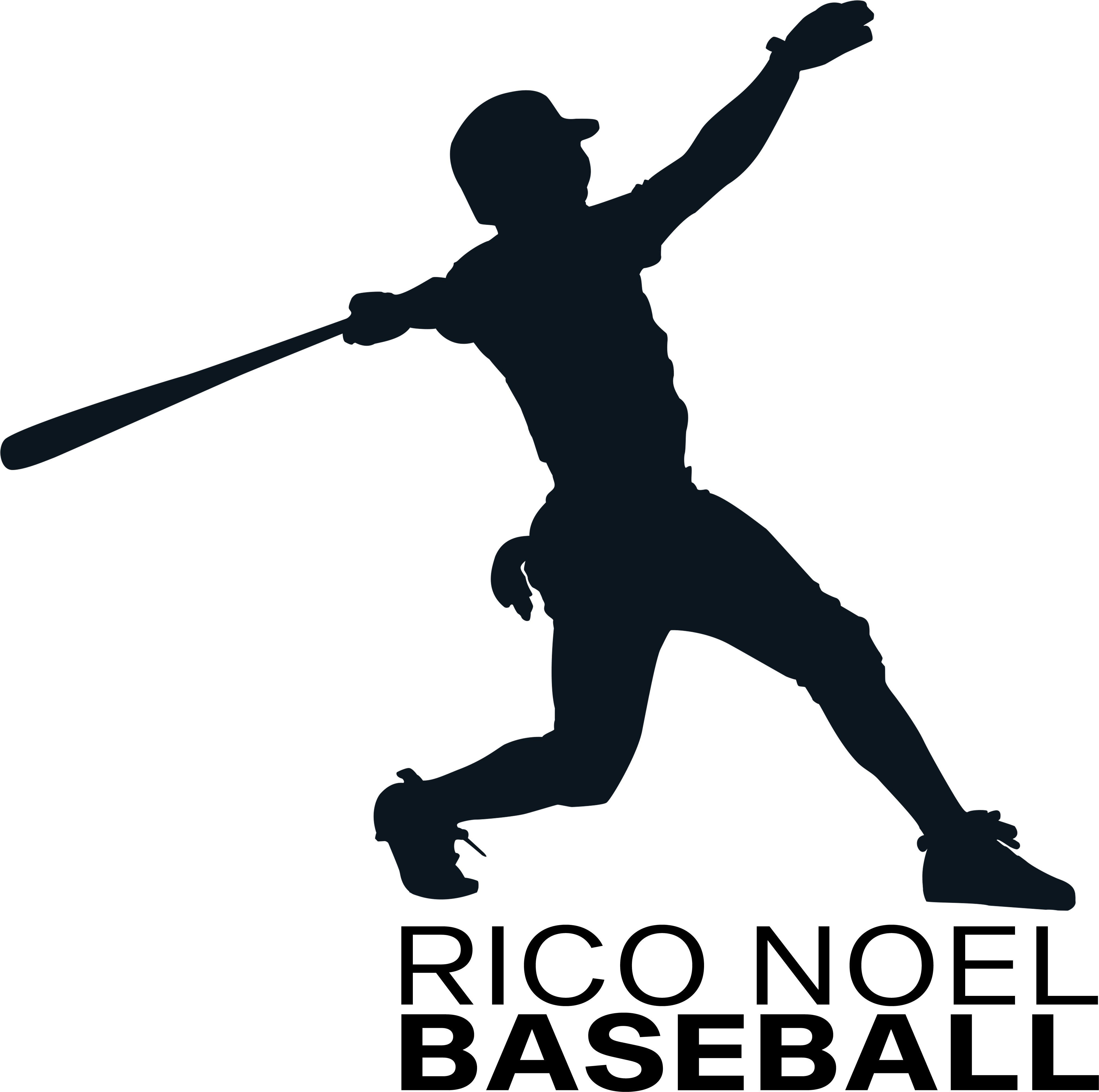 I worked with professional baseball player Rico Noel to design a website that served as a one stop shop for Rico while also providing ecommerce functionality for his annual kids camp.

Rico needed a way for us to allow people to register for the camp and pay their $75 deposit at the same time. Communicating the terms, what was included in the camp, and the details were a main focus for this site. Rico also has some media footage from his professional playing days so organizing and showing that was important as well.

We used Rico's highlight tape in the headline hero right when you get to the site to establish credibility with visitors. As they scroll down, they see Rico in pictures with campers from prior years to continue building on that credibility. Finally, the camp form and details appear with a button to get started. We also created a logo for Rico out of a picture a photographer took of him while playing a game.

Ready to get started?

I am a newcomer to web design and techie language but Jacobi ensured that I had the best experience designing my website. He was responsive, professional, and extremely patient with me during the entire process. He listened to my vision and helped me bring my dream to life. He even drilled down the technical aspects of the website to simple terms. I’m so glad that I was able to work with him and hope to have other projects with him in the future!

Appreciation Creative came through on my website. Jacobi talked with me through the whole thing to make sure my vision came to life on the site and it came out better than I expected.

G
Glen Gatling
All About Understanding

We've personally known the owner, Jacobi Ryan for years and the same hard work, professionalism, and creativity in which he lives his life is manifested throughout his business. AppreciationCreative took the skeleton of our website and transformed it into a 'Dope work of art'! It's highly recommended that you let him create and manage your vision!

When I felt lost looking for a way to build my business Jacobi Ryan offered his services and gave me new motivation. His professionalism, expertise, and creativity blew past my expectations and previous experiences with other web designers. I don’t see myself going to anyone else for my digital marketing needs.

I have to give a big shoutout to my man Jacobi and Appreciation Creative. My website for Read Me or Stay Broke is running, cranking out sales for books while I'm here on vacation. I really appreciate you for the upgrade man. If you need any kind of website or SEO marketing assistance, that's the man to see right there.

If you need a website done for your business hit up my man. His process is fast, efficient, and very easy. He’s very professional and will work with you to get your website the way YOU want it.

Site built by Appreciation Creative Co. Like it?
Let's Create One For You Too